There’s an old quote that goes something like this, “Those who do not make time for exercise will soon have to make time for illness.” We all know we should exercise, yet everyone of us comes up with an excuse not to. We have all said we were too busy. Yet sometimes that physical release that fitness gives us is exactly what we need to keep pushing through our day. Some people say their back hurts too bad to even attempt getting in shape. Yet we all know an improved movement pattern can alleviate pains. Finally I’ve hear from countless mom’s that they just don’t have any spare time to devote to themselves. They’re constantly taking care of everyone else! What do you call someone who has every right to use those reasons but instead turns them into a call to action? We call her April Kelling, Results Personal Training’s “Hero of the Month.”

April’s story doesn’t end there. In 2008, this busy mom of a now 5 year old daughter, and an 8 year old son, won the Mrs. South Dakota pageant. With the hopes of showing well on a national stage she decided the best way to lose weight would be to skip meals and do a ton of cardio. She indeed dropped a few pounds, but along with it she lost a ton of energy, all motivation, and became very unhealthy. Now add all that on top of a work day that starts at 5.30am, morning school carpool, a pre-schooler drop off at 11.30am, occasional school pickup at 2.30pm, and get home again between 5 and 6pm hopefully just in time to catch her son in a youth sporting event! The common fitness excuses of pain, being too busy, and just too stressed became the same reasons why April needed to make time for fitness!

In the summer of 2009 April was referred to Results Personal Training by Jessica Rowell. At the time Jessica was the current Miss SD USA. After a series of chance meetings April felt called to train at Results. Like many people she began just wanting to drop 10lbs and just tone up! She says, “It makes me laugh just to think about that comment because I’ve learned so much about exercise, diet, nutrition, supplements the list could go on and on. I have lost a lot of inches and I’m the strongest I have ever been in my life.” What about the pain in her back? Her trainer identified some mobility and strength issues that were fostering an imbalance, and designed a highly effective program that addressed the weakness on her left side. Unfortunately for the chiropractor, April now goes several months at a time without seeing him. How does she make the time for fitness? “Having a set appointment makes all the difference for me,” says April. “If it was up to me to make time to workout on my own time, I would fail because I would find something else that needed to be done or needed my attention. I think a lot of working moms sacrifice themselves to balance everything. Gym time is my time, and I have a better balance on life because I exercise. When you have to be accountable for everyone else in your life, having a trainer makes you accountable for yourself.” 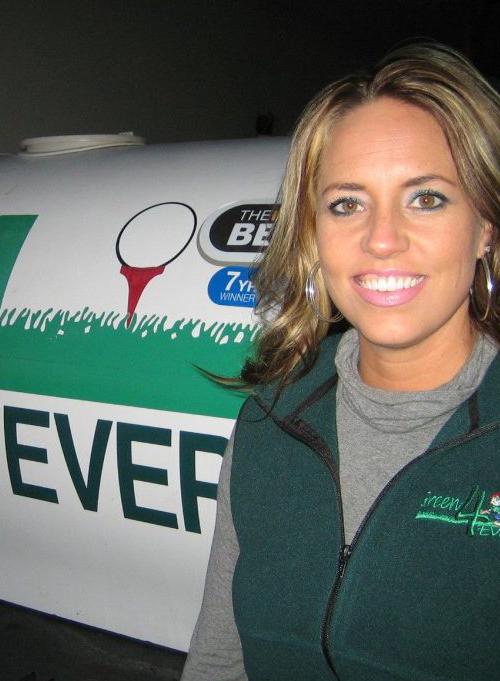 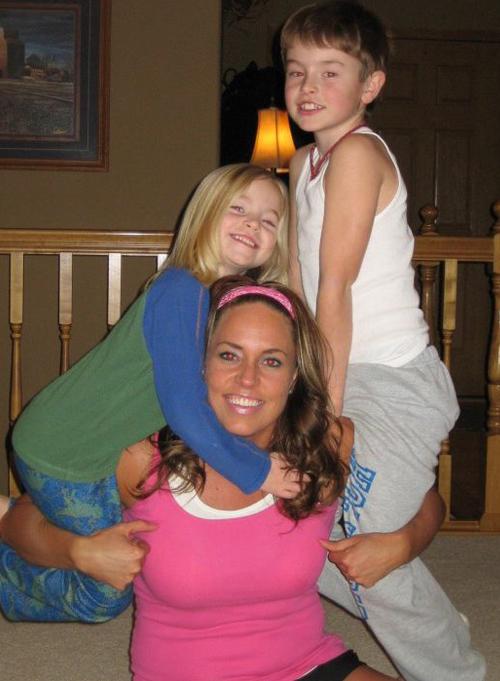 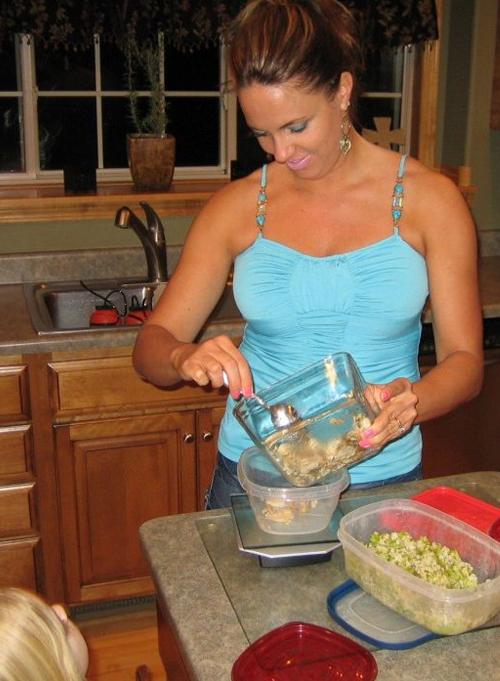