I read once that a perfect marriage is just two imperfect people who refuse to give up on each other. A close husband and wife are inspiring. It’s always heartwarming to see couples support each other and help push one another to get better. We’ve never had a co-Hero of the Month… until now.

Hillary Pulse is a successful chiropractor and mother of 3 young children. At her clinic, Vitality Chiropractic she helps patients every week overcome pain and movement issues. But in her quest to practice what she preaches she tweaked her shoulder pushing for that last rep, during an in-home workout with a popular video fitness program. Hillary tried everything available to her, electric stim, ice, and regular adjustments. As time went on the pain got worse. She feared her days of helping others were soon coming to an end. She was unable to carry her children or give piggy-back rides and eventually started exploring options for surgery.

Eric Pulse is a very competitive man but at the same time is the most humble man I’ve ever met. He was an athlete his entire life, ending his athletic career as a Hall of Fame athlete at Dakota Wesleyan in track and football. Unfortunately, like many former athletes, when 30 hit life happened with a career and family. Suddenly fitness took a back seat. Couple that with doctor prescribed, “knees of an 80-year old.” Any time he tried to play pick-up basketball or go for a run with his wife, his knees would hurt for 3 days.

Back in January Hillary came in to Results for a consultation and a desire to get in top shape and strengthen her shoulder. Like every one of our clients we ran her through a Functional Movement Screen first. This told me where her weak links lie and what was causing the shoulder pain. After implementing a few correctives and retesting, her pain was gone! Although it’s not a magic bullet, it does provide a solid direction and strategy to help alleviate pain and still make solid strength and conditioning progress. She was so excited she went home and told Eric he had an appointment with us in a few days. Eric jokingly says, “Hillary told me I had a workout appointment and I went. It might be the best instruction she’s given me in 16 years together.”

Both Eric and Hillary have made amazing progress together. Hillary has learned trying to squeeze out that last rep of an exercise even though technique is deteriorating can lead to months of pain. Their trainer, Aaron has taught them safe technique trumps everything no matter how competitive we are. Eric has learned how to squat and deadlift appropriately and no longer suffers from any knee pain. Eric and Hillary are an amazing couple and love doing life together. For example when Eric first met with me he said he’s always wanted to run in a 5k with his wife so he could share that experience with her. On June 8th he ran alongside her for the entire Color Run 5k, and woke up the next day with no knee pain. At Results we have strength clubs, and for the last 3 years no one has ever made it into all 4 clubs; deadlift, overhead press, pull.up, and 200 swings. Recently, Eric was the first! One month later Hillary was the second! These two are inspiring others and the best part… they’re doing it together.

When asked about their Results experience together Hillary says, “Our kids are happy I can carry them and give them piggyback rides again. I want our children to see us as examples and strive to be strong. Eric and I are very encouraging with each other, yet a little competitive, which I love.” Eric adds, “I have the good fortune and pleasure to share my life with my best friend. From diet to exercise, she has tremendous will power and focus. I have a great role model in her, and sharing the Results experience with her is richly rewarding. Also, getting shown up by your wife in the gym is a humbling, yet weirdly inspirational and motivating thing.” 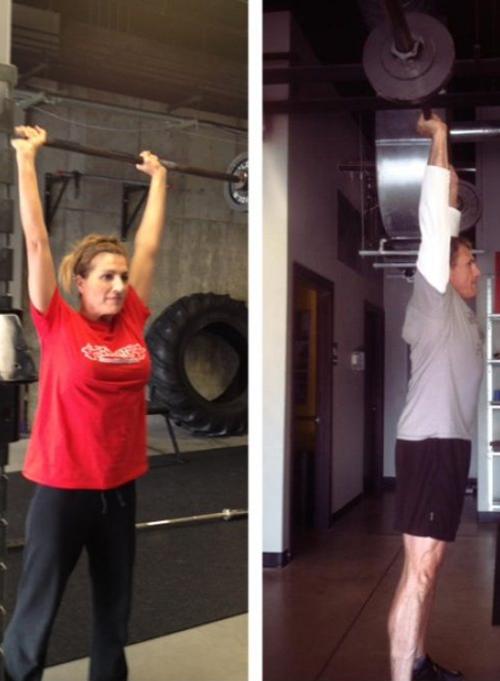 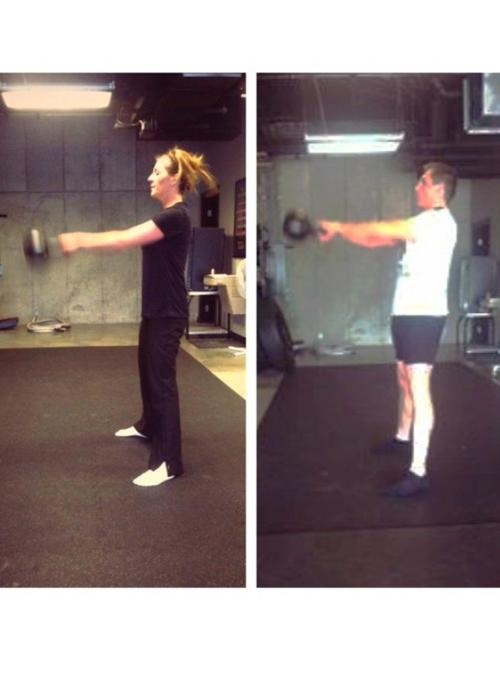 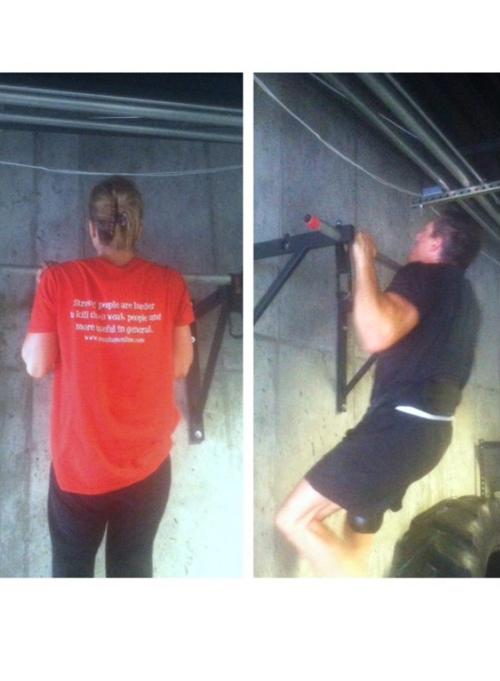