Everyone has a story. Look around, each person you see has their own story of ups and downs, successes and failures. Sometimes the ones you’d least expect have the best stories. Take Eric for example. Eric is the guy that every member of Results Personal Training compares themself to. Everyone marvels at what this father of 4, and grandfather, can do. This man in his mid-forties has stamped his name in every strength club we have – and continues to kick butt. No one would ever guess that he once gained more weight than his wife while she was pregnant with twins! Check out Eric Lacey’s story, and you’ll realize why he’s our Hero of the Month.

“I was approaching 30 and my wife had recently given birth to our twin children. Over my 20’s, I had gained a lot of weight (55 pounds to be exact). In fact, I gained more during my wife’s pregnancy than she did, and she was carrying two new humans inside her! I was just getting fat. I chose not to deal with it until a Christmas gift from my mother arrived later that year. When I tried on the sweater she had given me and looked in the mirror, I realized that I now had breasts larger than many women. That was the final straw and I knew I had to make major changes in my life.”

Like millions of other people, Eric began his quest alone. He started with the stereotypical jogging on the treadmill, slowly adding in the weight machines, then progressing to free weights and some group classes. Despite seeing early weight loss success there was just one problem: the nagging aches and pains became increasingly frequent, as did the low back issues and the trips to the chiropractor. “I had gone from never being in a gym to being a committed 3 times a week gym-goer. My fitness level had progressed in that time; however, I still hadn’t reached my personal goals and was getting frustrated at repeated injuries that kept occurring. No matter what I did, I still ended up with lower back issues on a regular basis.”

So what modifications did this now super-fit man make to change direction and become the inspiration he is now? The first change was to start eating right. Eric says, “I always make sure that I have a plan of what I am going to eat. By making my own food I eat a lot better and I’m in control instead of leaving it to chance (which typically results in eating things that I shouldn’t). Meals are pretty simple with a protein and a vegetable so there isn’t tons of prep time.” The second change was making exercise a priority. “Like everyone else, my life is very busy. I start every day with a plan to squeeze in time for physical activity. If at all possible, I try to make time 5-6 days a week. A few workouts per week at Results and then a few days where I plan something on my own to get my heart rate up. By making this a priority, I typically make it happen. I also know that I feel better and am in a better mood if I make sure I have this time for myself.”

Eric Lacey has not only been an inspiration to all of our Results members, but also to his children. His two 16 year old twins have followed in his footsteps and also train at Results. “After working with Austin & Isaac for a few months, they’ve both progressed very quickly, making huge gains in strength, coordination and self-esteem. It’s been a great thing that gives us one more thing in common that we all enjoy,” brags the proud father about Paige and Parker. Now that his low back pain, knee issues, and frequent visits to the chiropractor are a thing of the past, what advice does Eric have for others who are walking the same path? “Once you get to your 40’s you feel like things don’t work they way they used to… take the plunge… Results is the best investment you can make in your own well-being and keeping things working… feeling fit and confident at this age is amazing… Don’t take the hard road (trial and error) to getting fit, hire a professional who knows what they are doing and can put you on the right path quickly.” 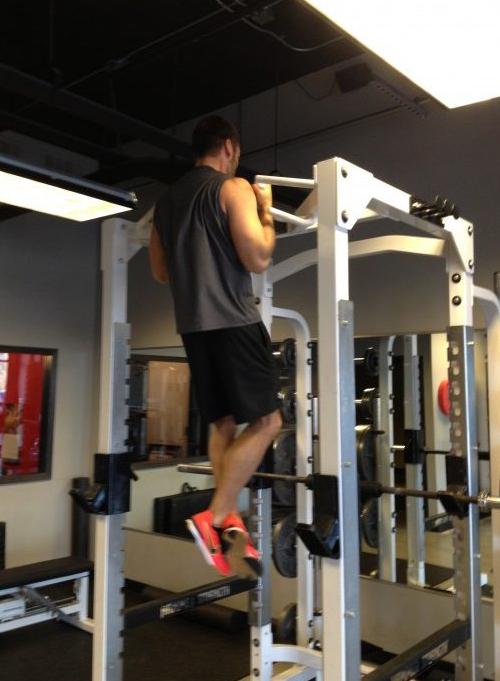 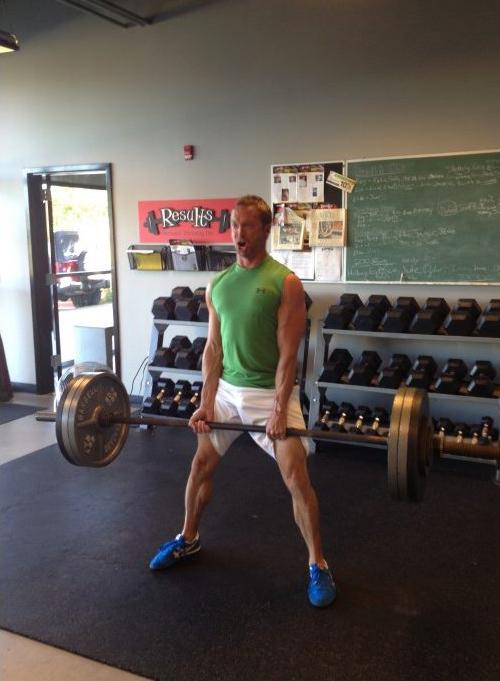